Ricky Sweum's debut on Origin Records showcases the saxophonist in a light of gratitude, as he pays homage to one of his musical heroes, Michael Brecker, through a set of finely-tuned originals. Showcasing his talents as a writer and creative force, Sweum leads his band in a direction that is uniquely his own. Sweum has recorded and performed throughout the country, was a member of New York City's jazz scene for over a decade and presently is lead tenor with the U.S. Air Force band, The Falconaires. 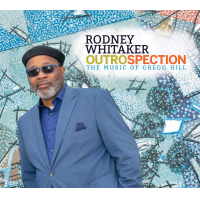