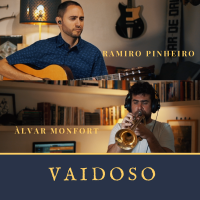 "Over the last 10 years there has been a small and steady movement to increase the audience for the Brazilian jazz composer Moacir Santos, who died in 2006. Santos was not the usual jazz composer, and didn’t leave the usual trail. He spent most of his working life writing scores for film, television and radio. (Born in Brazil’s northeast, he moved to Los Angeles from Rio de Janeiro in 1967, and joined Henry Mancini’s team of songwriters, eventually becoming a teacher.) He used traditional Brazilian ingredients to model his futurist art, and made plainly commercial music more complex than it probably needed to be. But he wasn’t a bandleader and didn’t tour. Nor was he much of a public personality; instead he became an eminence among a well-informed minority."