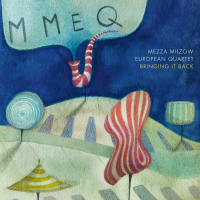 Highly caffeinated. If a sufferer of CAD you may want to step two sides to avoid arterial distress. Milzow's insistent playing is high power, and has the potential to blow a gasket.