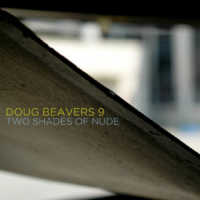 Fresh off his world tour as lead trombonist and arranger for Eddie Palmieris "La Perfecta II", Doug Beavers presents his nonet on this, his debut recording, along with special guests Dafnis Prieto and Alex Sipiagin. Featuring a veritable whos who of New York City musicians, Two Shades of Nude breaks down the current barriers in jazz with blistering new compositions and fresh takes on classics by the masters, including Herbie Hancock's "Tell Me A Bedtime Story," and "Blues on the Corner" by McCoy Tyner. "A new star is emerging with trombone in his heart and Salsa Dura in his soul." Jesse "Chuy" Varela, Latin Beat Magazine.