The Way She Moves by Alex Bird 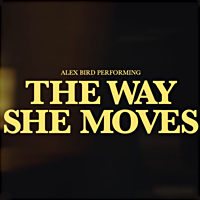 Always a treat to hear some spikey B3. Vocals are a rival to Michael Buble with a dash of Edwyn Collins. Edgy stuff. Possibly the new Elvis? Too much? Check it out yourselves...

Debut original single from up and coming Toronto Jazz singer-songwriter, Alex Bird. Backed by his Jazz Mavericks, "The Way She Moves" swings and grooves. Released officially on November 30th, 2019, "The Way She Moves" spent two days at #1 on the iTunes Jazz chart. The single is off of Alex's soon to be released original debut album "Whisky Kisses".