The Time You Have by Phonograph Team Project 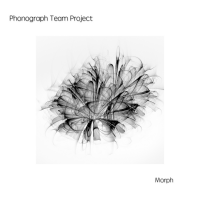 Ticker tape special for the folks who would like to splice the guitar genes of Metheny and Benson. These guys beat ya! Beautiful big sound.

“The Time You Have” from album "Morph" is a slight departure, or ‘transforming’ if you will, for Phonograph Team Project (PTP) with its embrace and use of electronics/sounds, textures and arrangements. Written, created and recorded online between July 2015 and January 2016, the album “Morph” is an instrumental release featuring 10 original compositions in the “Modern/Melodic Contemporary Jazz” vein, for lack of a better description, and should be appreciated by those who enjoy classic ECM recordings, and more modern ‘euro’ ambient jazz offerings, among others. Rob Glass: bass; Gianluca Grasso: piano; Tommaso Monopoli: drums; David Wright: guitar.