The Opener by Lars Fiil 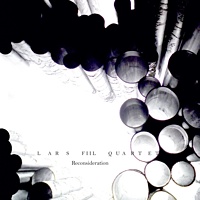 The song "The Opener" from the debut album Reconsideration by the young Danish group Lars Fiil Quartet.

Changing effortlessly between well-tempered grooves and ethereal ballads, Reconsideration shows a group that found its own sound from the beginning.

The album, consisting entirely of compositions penned by the leader, shows a band whose understanding of the complexities of musical form belies its young age. While each of the members is certainly a highly skilled musician, instrumental prowess isn't really the issue here. Its about unfolding the melodic beauty of Fiils compositions, creating a mood and a sense of dynamics that ties the work together as a whole. -- All About Jazz

track of the day The Opener Reconsideration Self Produced Lars Fiil