The Chimp Who Told Man How To Cry by Lama 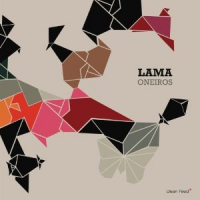 An inventive and fun trio. Plenty of that great Clean Feed dissonance, some well-placed electronic effects, and great interplay between the artists. Trumpeter Santos is one to watch.

The particularly dynamic and inventive Portuguese jazz scene has a new front with the trio LAMA. The project was born in Roterdam, where the double bassist and composer Gonalo Almeida and trumpeter Susana Santos Silva were studying at the local conservatory. There, they met the Canadian drummer Greg Smith. Acting in the frontier line between the mainstream and the avant-garde, Oneiros proposes a particular jazz vision for the 21st century.