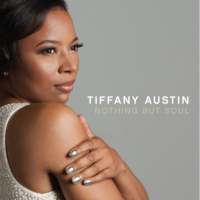 A sample from Tiffany Austin's forthcoming debut album, "Nothing But Soul," available June 2, 2015. For the recording, which was produced by saxophonist Howard Wiley, Tiffany was joined by bassist Ron Belcher, drummer Sly Randolph, and Glen Pearson, one of the busiest and perhaps most versatile pianists in the Bay Area. Nothing But Soul is made up of six Carmichael tunes—“Baltimore Oriole,” 'Stardust,” “Skylark,” “I Get Along Without You Very Well,” “Georgia on My Mind,” and “Sing Me a Swing Song (And Let Me Dance)”—as well as two non-Carmichael numbers that he recorded as a vocalist: Henry Sullivan and Harry Ruskin’s “I May Be Wrong (But I Think You’re Wonderful)”; Johnny Cash’s “I Walk the Line”; and “Tete a Tete,” a wordless a cappella duet by Austin and Wiley based on the chord changes of Charlie Parker’s “Confirmation.”

Stardust; Baltimore Oriole; I Get Along Without You Very Well; I May Be Wrong (But I Think You're Wonderful); Skylark; I Walk The Line;Georgia; Sine Me A Song (And Let Me Dance); Tete-A-Tete.