Somewhere We Can Visit by Vic Dillahay 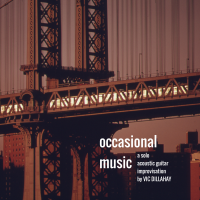 There should be more occasions for occasional music. #visitcolorado