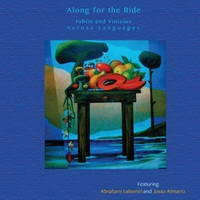 A bilingual version (Portuguese-English) by "Along for the Ride". This is the first track of their latest album "Jobim and Vinicius Across Languages" with Abraham Laboriel and Justo Almario as guest musicians.