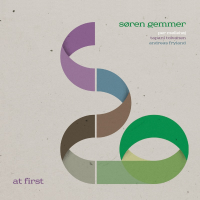 Clever stuff, like lego for MIT students city planning for the moon. Beautiful big intro and then it flips all over the place till the guitar brings things closer to home.