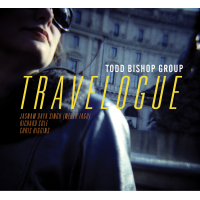 Portland drummer Todd Bishop follows up on his collection of rarely performed Ornette Coleman compositions, 2012's "Little Played Little Bird," with an album of mostly original music, again featuring the great Brazilian pianist, Jasnam Daya Singh (until now known as Weber Iago), Seattle saxophonist Richard Cole, this time performing on several woodwinds, and Portland bassist Chris Higgins. The group's compositions were inspired by the band's recent tour of Europe and their ongoing collaborative processes which have only grown richer over the last several years of performances together.