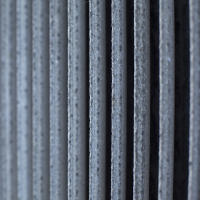 Track taken from upcoming album titled "Organized" by Jesse Koolhaas. The album was released by Urban Waves Records on April 15th as limited vinyl edition along the digital version. Jesse is an Amsterdam based sound designer and soundtrack composer and for this album he gathered talented jazz musicians to help him create a blend of downtempo electronic music with jazz improvisations. Musicians such as bass clarinet player Joris Roelofs, keyboard player Joost Swart and Ud player Babak Kamgar contributed to make the album a spiritual journey.