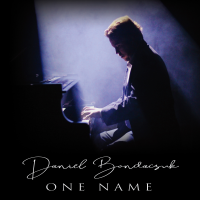 Rock Steady is the opening track of ONE NAME, Daniel Bondaczuk's debut solo project. The inspiration for the album came out of Daniel's first and foremost influence: church music. All tracks are based on gospel hymns (hence the title) and the arrangements highlight a wide array of influences from R&B to Latin. While the nature of the original hymns yelds very lyrical melodies, there is somehow an edgy character to themes that are interposed with improvised solo sections in which different members of the band take turns on. Rock Steady was based on the tune Solid Rock translated to a funky groove.

Rock Steady; Revival; Tune my Heart; The Nicest Boss; Streams; Fauna and Flora; Like a Latina Mom; Awakening; Tremble; All the Day.