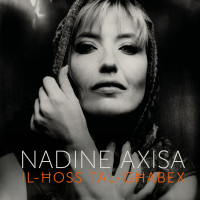 'Qalu li raw' is a track from Nadine's latest album “Il-Ħoss tal-Għabex”, ('The sound of twilight'), released in December 2019. This album involves the reworking of Maltese tunes most of which were published in the 1970s and 80s. The tunes were taken through a process of re-imagination, a journey involving experimentation from a melodic, harmonic, rhythmic and sonic perspective.