Pulling Myself Up Through by Jared C. Balogh 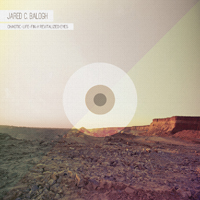 Double album of contemporary jazz with classic piano style compositions by Jared C. Balogh flowing between different states of introspection, anxiety and acceptance. Twp volumes from Balogh's "Seasons" series. Chaotic-Life-Fin is a piano based album that has a contemporary jazz and classical feel. It presents a strong emotion of passions in finding true love, finding your place in the world, lifting yourself up through tough times, releasing internal problems free to being healing, and personal resolutions. Revitalized Eyes has spurts of jazz like moments but is mainly a compilation of the more avant garde, contemporary and experimental classical style songs written in volume 1 of the series "Seasons". It is a 10 song album that takes the listener on an invigorating journey of great emotions.

track of the day Pulling Myself Up Through Chaotic-Life-Fin Enough Records Jared C. Balogh