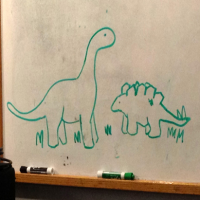 The track Pierceface fuses pharmacopia's improv based AGE music with the vibe of 70's Tony Williams' Lifetime. For over 20 years, pharmacopia has been the band name moniker that Peter Dragotta has been performing his composed free improvisations. Calling his music AGE an acronym for Accidental Groove Explorations his approach starts off with a program that he has been developing and refining since 1994 that converts a digital image into a musical canvas of rhythms, sounds and processing. Returning to a studio setting, the band line up of Peter Dragotta on EWI, laptop and electronics, Andres Marino on guitar and electronics and Daniel Carter on reeds and brass is further expanded with Tiffany Chang on drums. The dynamic sonic imagery on this set reflect Peter's life and observations. Titles are given only as clues it's up to the listener to create the visual images in their mind.