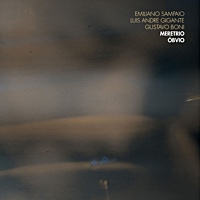 Fairytale twinkle intro, heavy crash cymbals, continuing atmospheric bass, with guitar duet that peaks and falls against the sound of a packet of walnuts, or possibly a pepper grinder. #ondakitchensurface