Oh, What A Beautiful Morning by Dave Young / Terry Promane 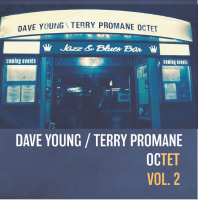 A light and breezy whiff of the original, with warm undertones and a sweet afterglow. #classysass

Oh, What a Beautiful Morning; Duke Ellington's Sounds of Love; I Can't Give You Anything But Love....(baby); Detour Ahead; Bebop; You Must Believe in Spring; Can't You See; Moon and Sand; Jeannine; Hindsight