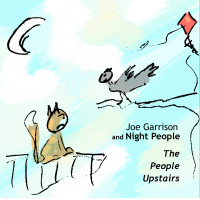 Something floral in the dimension of Anthony Braxton for this auspicious day.