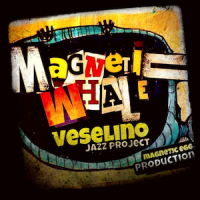 A debut album by Luka Veselinovic called "Magnetic Whale", by Veselino Project. "Magnetic Whale" features Veselinovic playing bass guitar with some of the finest young musicians from the Berklee College of Music. They recorded five of his original compositions, inspired by contemporary jazz and world music. Originally from Croatia, Veselinovic re-harmonized a traditional Croatian Folk Song, "Opatijske Ostarije," and is proud to premiere this work on the album as well. The album is inspired by the peaceful sounds of Esbjorn Swenson Music, Pat Metheny, Wayne Shorter melodies, and “Weather Report” Energy.