Lullaby For a Broken Land by Ayal Tsubery 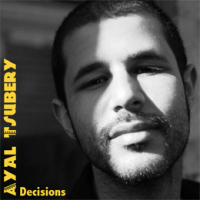 Honey from the sweetest hive will always find thieves. A 50+ Manuka flute feature.

Sixth Floor: Lullaby For A Broken Land; Decisions; In Motion/Now; Hasin'; A Dream I Had About You; Blue Nights; Parts Come Together.