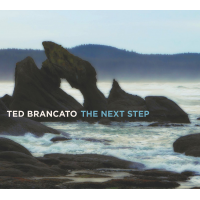 Top notch, stellar cast. Bright, perky number. Hardly going to be weak with all these guys.