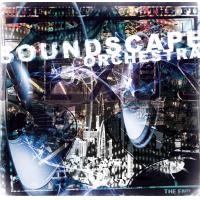 A next generation version update on the Weather Report/Miles Davis oeuvre. Better tech apparently, same evocations. Worth a trip to their gig.

The album is a result of a long time experimentation with ways to incorporate electronic music technology in acoustic jazz without loosing dynamics and the organic feel. The result has been praised in media where several critics have pointed out the similarities with Weather Report and the 70s era of Miles Davis, even though the sound is more modern due to the contemporary technical possibilities. The album has been blessed with amazing artwork, one piece for every track by artist Per Josephson. The first track of the double LP was also the first single release: The slow moving odd meter funk of Khumbu with all of its cracking noises was influenced by climbing stories from the mighty Khumbu icefall in Nepal. The sound from the glaciers constant movements echoes between Everest on one side and Nuptse on the other while the climbers struggling in slow motion due to the high altitude. Beautiful and at the same time very scary.