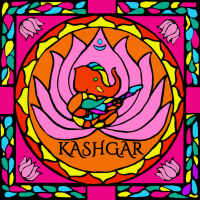 Ok jazz rockers, roll out your chairs and shake your bootays. #direstraitsfansfosho

Haunting jazz-world-fusion track, with shades of Metheny, Di Meola and classic Santana. This is the second tune from the album "Kashgar", an Canadian-UK jazz-rock band that incorporate a heavy world-fusion influence to produce an innovative and original sound. Their self-titled debut album showcases this interweaving of diverse musical traditions: a jazz vibe mixes with the power of rock, searing blues, Indian sensibilities and a pulsing groove. Led by guitarist-composer Marcus Taylor, the album features Ben Bell, Matt Snowden and Jeff Willet on keyboards, drums and percussion.