It Could Be The End by Sal La Rocca 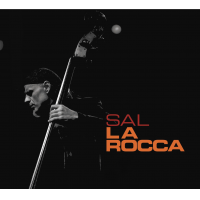 Glistens like a chandelier, all its many facets, complicated and intricate, with a mellow and exacting groove. Nothing apocalyptic here.

Jazz critics have found that this title (It Could Be The End) raises some pessimism, for me it's the opposite, it may be the end of a bad time. Question of point of view.