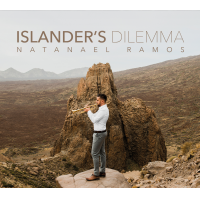 Islander's Dilemma is the story of a wandering islander. One who proceeds from many places, yet is errant from all of them. An islander who drowns in the earth, yet breathes freely, relieved, in the sea. The sea that binds him with dreams and at the same time, with chains. The hermit like islander, in the solitude of his island and at the same time a fugitive of the same. Islander's Dilemma is an echo of his experiences and travels, through each of these places, imaginary and real. It is the reflection of a stone carved by different seas. Sometimes drop by drop and at other times by the beating waves.