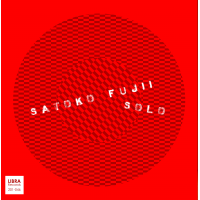 Inori is the first track from pianist/composer Satoko Fujii's solo album Satoko Fujii: Solo. The stars aligned when pianist-composer Satoko Fujii sat down at the piano in Yumemikan Hall in the Japanese city of Yawatahama for the afternoon piano recital captured on her latest CD. The piano, a superb instrument, expertly tuned by a technician who knew it well, sounded rich with a crystalline tone. The hall's superior acoustics captured the nuances of her every note. Fujii had arrived the day before the concert and was well rested and relaxed. And when she began to play, she simply let the music flow in one of most deeply felt and inspired performances of hers ever captured on disc. The first of twelve recordings she plans to release in 2018 in celebration of her 60th birthday, the CD deserves a place in the canon of great solo piano albums, alongside those by Keith Jarrett, Paul Bley, and Bill Evans.