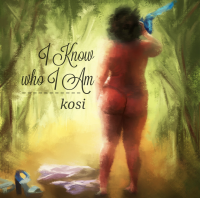 Album Title: I Know Who I Am
Label: Self Produced
Released: 2016

Intro(Hallelujah); Elder Washington; Guilty; Servant’s Prayer; Lament In A Minor; Your Angel; Walk With Me; Father So Wise (Elder Washington); Hallelujah; Since I Laid My Burdens Down; Morning After Blues, Wholly Earth.