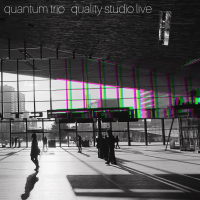 This is some heavy massless-ness. Starts light, then descends into the jazz abyss, sapping all energy as it goes. Quarky.

Gravitons is a piece by Quantum Trio originally recorded on the second studio album Duality: Particles & Waves. This is a live version of the song recorded on the new live album Quality Studio Live.