Gee Baby Ain't I Good To You by Stuart Hawkins 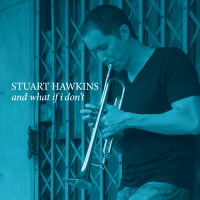 "Gee Baby Ain’t I Good To You" is a song I first heard performed by the late Jimmy Witherspoon, the renowned American blues singer. I met him a couple of times in Hong Kong when I was a teenager. He would occasionally come to Asia and perform at The Jazz Club in Hong Kong. I have a signed picture of the two of us on my wall at home. This song is dedicated to "Spoon", as he was known. I thought it would be cool to start the song with just trumpet and bass as we do here. This is the second track on my album "And What If I Don't". I recorded this album with some of the top jazz musicians in Thailand and it's dedicated to my musical heroes, icons like Herbie Hancock, Lee Morgan and Freddie Hubbard. "Gee Baby Ain’t I Good To You" is the only track on the album in which I use my trusty plunger mute. Beautiful work on this track by Kom Wongsawat on piano, Titiwat Treepob on bass and Pong Nakornchai on drums.