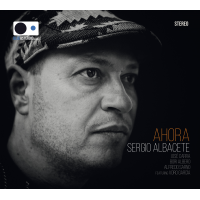 The saxophonist Sergio Albacete presents "Ahora", his first album as leader, composer and arranger, in which he makes a retrospective of his 20 years of contact with creative music. The songs that have influenced him are represented in this album (classical music, jazz, rock or the world's music), which are embodied in an eclectic sound journey.