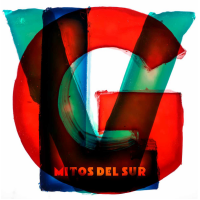 In "Mitos del Sur", the innovative trio co-led by guitarist Nicolás Vera, pianist Leo Genovese and drummer Félix Lecaros, subscribed to the idea that avant-garde music does not need to be abrasive, iconoclastic or frenetic. In fact, it can be even beautiful. Nothing satisfies like a well executed musical performance and, throughout this excursion, the trio creates with taste and style. Vera and Genovese alternate in assuming the prominence that traditionally belongs to the pianist. However, there is a lot of room for everyone to express themselves at the time, both in accompaniment and alone. A series of short improvisations by the percussionist Lecaros in duets with Genovese or Vera fit perfectly into the sequence of the tracks, with vivid contrasts in density, which add a layer of drama. Recorded on january 2017 in Santiago de Chile. Available on Aconcagua Records www.aconcaguarecords.com, vinyl and digital