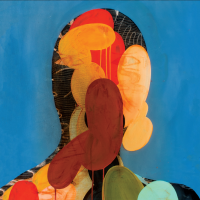 Feels like Solid Air with the lid off. Sparky brightness.