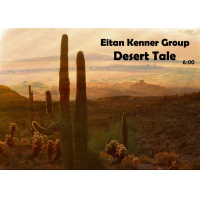 Nifty tune. Plenty of texture with the intriguing mix of instruments. Nice bounce and hop to the tune. Catchy, and a promising sign of an upcoming album.

This track was recorded in Tel Aviv during the summer of 2012. The tune will be featured in Eitan's upcoming debut album. The style could be described as Jazz with middle eastern/eastern European influences - arranged for piano, vocals, recorder, saxophone, cello, guitar, upright bass, percussion and drum set.

track of the day Desert Tale Eitan Kenner Self Produced