Beyond The Windows by Woody Russell 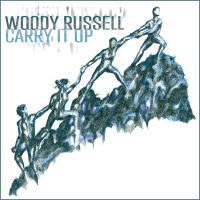 Captures the intonation of jazz and blues/country, with the subtlety of voice of an Elling/Lovatt styling.

From the album "Carry It Up"

Do Right By You Last Time, Savannah A Place In Line The Heart Is Still King Beyond The Windows Let's Be Done Victory Love Is Love, End Of Story Carry It Up Empty Man What's Going On A Place In Line (acapella version)