Beyond The Horizon by Clay Giberson 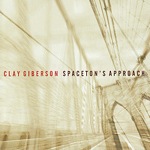 For Portland-based pianist Clay Giberson's 4th Origin release, he teams with bandmates from his earlier years in New York City, rediscovering their deep musical chemistry as they explore a set of originals and newly arranged standards. Bassist David Ambrosio's background as a composer informs his approach to the bass while Matt Garrity's drumming is both crisp and fluid. Together they churn along with an East coast intensity while Giberson completes the musical triangle with an expansive yet introspective West coast sense of sound and space.

It Might As Well Be Spring; From the Outside; Spaceton's Approach; Trust; Passing By; Solar; Beyond the Horizon.