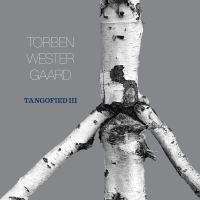 Take a listen to the song Bach from the final album Tangofied III in the Tangofied trilogy. The track at least began inspired by the great harmonic world of J. S. Bach. It ended up in a quasi-Brazilian groove despite being in 7/4 meter. It has a great piano solo by our invited guest Peter Rosendal.