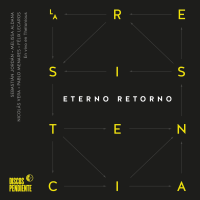 Melissa Aldina and Sebastián Jordán escalate the tension on the intro, Jordán opens out the story's pushes and pulls. Midway, Aldina maintains a sense of calm that spirals into the gamut where Vera takes the lead. Fidgety drums from Lecaros add to the sense of struggle.