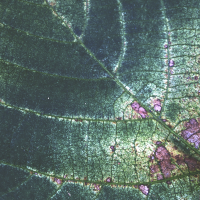 The jarring and the melody meet the universal solution, Ex + Why = Zzzzz #NoQuestionsRequired

Aarhus based Røgsignal (Smoke Signal) is busy at the moment. Just as the band had isolated themselves around the last details for the upcoming album “Bodies”, they were invited to the legendary Round Tower in Copenhagen to do a live set on national radio. Henrik Palle of Politiken, one of Denmarks biggest newspapers, wrote an ecstatic review, calling it a “convincing demonstration that young, Danish jazz is neither dead, smells funny or in any way lagging”. On Friday the 7th of December it all culminated with the release of the new single “answers”. Just like its predecessor “1977” it points towards a more modern and experimental vibe. Where Røgsignals 2016 debut album “Pletter På Solen” (Sun Spots) captured the live sound of the four musicians, the new music clearly illustrates that post production is playing a much larger part in the bands aesthetics now. “answers.” has an almost contradictory opening with a cryptic double bass setting the mood, before a universe of pulsating synth bass and simple, redeeming melodies reveals itself. The title promises answers, but says nothing about what it’s answering. The upcoming album is produced and mixed in collaboration with Anders Boll (Lowly, Efterklang etc.) at Lydhavnen in Aarhus and mastered by E.T. Mastering. The music is released through the bands own label: “Danish Desert Records” and the entire album will be out in the spring of 2019.