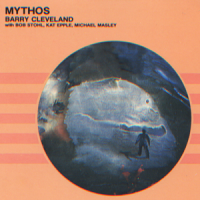 I'm kinda going against most of my rules for the AAJ dotd by featuring this track. One, it's nearly 30 years old, two, it's been previously issued, and three, it's not Jazz and there's no real way to tie it back to Jazz via the musicians or label or project. But it's a real pretty ambient electronica track, something that should appeal to the Eno and Cluster fans. Also, with the holiday season in full swing, everybody could probably use a pretty ambient tune to help soothe the soul. The retail link takes you to an iTunes page, but Cleveland also has the album for sale on his Bandcamp page, so you can listen more there and purchase it there, too, in better file formats than iTunes has to offer. So, enjoy your "Saturday The Fringes" track, and have a happy holiday season, no matter how you celebrate it. Cheers.