A Riot Calls my Name by RedEyeRiot Trevor Perfect 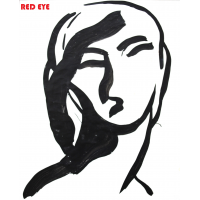 For hundreds of years, London's Soho has been a safe haven for individuals, eccentrics and refugees from the mainstream. It has attracted and welcomed freaks, weirdos, gays... anyone who is different. "It was a place where people dared to be different. Indeed, were encouraged to be so." But now Soho's vibe and character is slowly being destroyed by gentrification and property developers. As the late, great actor, John Hurt, warned, Soho loses its artistic bent as the corporations and developers move in. Together with some of the damaging social consequences of gentrification to residential areas, there are also potentially irreversible consequences to vibrant inner city areas. As rents go up, music, noise and dance restrictions increase, and rich new residents put pressure on bars and nightclubs to close. As such there is a real danger that many lively, exciting areas which have existed for years are cleansed and gentrified forever. This track tackles the situation that is facing and has already affected the Soho district of London; but it could equally apply to many areas in cities around the world where "good time cleansing" threatens to destroy the vibe and character of an area. It is depicted through the eyes and memories of an ex night worker, wanting to visit Soho one more time before it changes and "dies" forever.