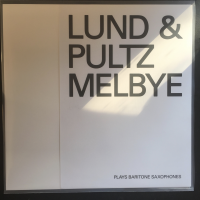 The saxophone duo Lund / Pultz Melbye, established in the spring of 2016, is exploring a shared interest in minimalism and improvised music. The duo is is mixing repetitive motifs and cycles with improvisation and is using the extended technique, circular breathing, which enables the two horn players to play continuously without breaks and pauses. This puts both the musicians and the listener in a state of trance and provides a multidimensional soundscape that is overwhelming, compact and intense. August 16, 2018 the duo will release their debut album “Plays Baritone Saxophones” which consists of 3 tracks, all recorded in one take and with no overdubs.