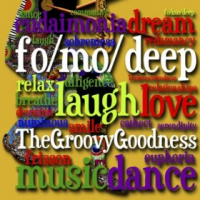 1974; Block Party; Groidology; Peach Cobbler; If We, Can Be?..(Piano Intro); As She Walked Away; That Song (This Love); You Can Love Me Twice the Next Time; The Price of Suga'; Chamsa (a tribute to Shimrit Shoshan).