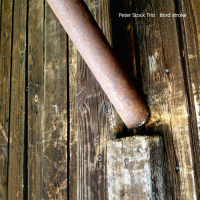 If a monk never changed his habit...that would be one stinky habit.

Contrabass player Peter Stock, founding member of Alfred Harth’s legendary formation 'Just Music', has played with a long list of musicians including a number of famous names such as Lester Bowie, Albert Mangelsdorf, Roscoe Mitchel, Paul Rutherford or Manfred Schoof. His new trio with drummer Kuno Wagner and saxophonist Ingo Weiß delivers improvised electro-acoustic music rooted in the tradition of European Free Jazz. Communication, improvisation, sound, chance and interaction are terms which define the trio's work. They create musical structures which invite the listener to challenge the established rules and to question their listening habits whereby allowing doors to be opened to a new musical perception.