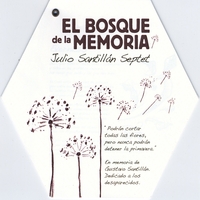 It's a hat trick, three angelic voices in a row this week, and this is a teaser.