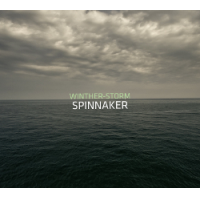 A lyrical, calming quartet with a tune that dispenses savage beasties quickly. Spin 3 times a day after meal times.