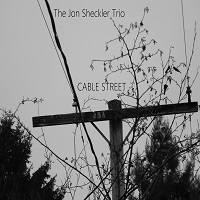 In places an air of mischievious Dudley Moore-like playing with negative delight; so wrong it's right. As enchanted by the piano as the drums. V. Cool. Ones to watch.