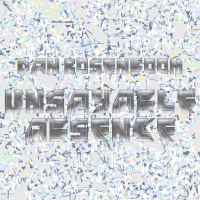 After following the Miles way in part 1 part 2 of this tune hits with a sound that recalls Scottish reels and Turkish Dervish and some pretty fast bop. A long strong tune, jazz VFM! (Don't ask what Tadodaho means in English)

"Tadodaho" is the opening track from the latest release by The Daniel Rosenboom Septet, "Unsayable Absence: Live at the Blue Whale." After a swirling, reverent and spirited introduction, the tune launches into a rocking groove, an onslaught of changing meters, and builds to a roaring and thrilling climax. Inspired by the poetry on the ceiling of Los Angeles's premiere jazz club, The Blue Whale, and "Tadodaho" is the Onondaga word for "fire-keeper" or "chief" and the song is dedicated to The Blue Whale's owner and "fire-keeper" for the LA jazz scene, Joon Lee. http://danielrosenboom.com/biography/